The members of the Scientific Advisory Board work for the Foundation on an honorary basis.

Tilo Grosser is a core faculty member and director of scientific operations at the leading academic center for translational therapeutics research, the Institute for Translational Medicine and Therapeutics at the University of Pennsylvania. He received his MD and a doctorate in cardiovascular pharmacology from Heinrich-Heine University in Düsseldorf, Germany, and trained in medicine at Johannes-Gutenberg-University in Mainz and in pharmacology and experimental therapeutics at the University of Pennsylvania. His research focuses on personalized therapeutics in inflammatory pain and cardiovascular medicine using model organisms and mechanism based clinical investigations. He is recognized for elucidating sources of variability in the response to drugs targeting signaling lipids, including non-addictive analgesics (Web of Science Researcher ID: A-1057-2007). Dr. Grosser sits on scientific advisory boards for large scale translational research endeavors of the United States Veterans Administration and the National Institutes of Health and chairs the advisory board of the Hetzler Foundation.

Christoph Stein (orcid.org/0000-0001-5240-6836) studied Medicine at Ludwig-Maximilians-University (LMU) München, Germany, and received training in Anaesthesiology, Pain Management and Neuropharmacology at State University of New York, University of California Los Angeles, LMU and Max-Planck Institute for Psychiatry (München, Germany). He then accepted a faculty position at Johns Hopkins Hospital and established a research group at the National Institute on Drug Abuse (Baltimore, USA). In 1997 he assumed the Chair of Anaesthesiology and Intensive Care Medicine at Freie Universität Berlin (since 2003: Charité Campus Benjamin Franklin) and started an interdisciplinary research laboratory consisting of basic researchers and clinicians. His work has focused on mechanisms of opioid actions outside the central nervous system with the aim to avoid adverse effects such as addiction or respiratory depression. In collaboration with Mathematics at the Zuse Institute Berlin, his group recently developed an artificial intelligence-based design for non-addictive opioid painkillers. He has published over 250 peer-reviewed articles and received several awards, most notably by the US National Institutes of Health/National Institute on Drug Abuse, the International Anesthesia Research Society, the European Pain Federation, and the German Federal Ministry of Education and Research.

Scientific Director of the Institute of Psychopharmacology

Rainer Spanagel studied biology at the universities of Tübingen and Munich and continued his training in behavioral pharmacology and neurochemistry at the Max Planck Institute (MPI) in Martinsried. In 1990, he moved to the MPI of Psychiatry in Munich, became head of the addiction research group and habilitated in pharmacology and toxicology. In 2000, he moved to the Central Institute of Mental Health in Mannheim, a leading European institution for biological psychiatry, to become scientific director of the Institute of Psychopharmacology. Professor Spanagel has received numerous scientific awards, notably the Sir Hans Krebs Award for his pioneering gene x environment studies in rodents, the James B. Isaacson Award for his continuing achievements in alcohol research, and the Reinhardt Koselleck Award for Innovation in Neuroscience. He has published more than 300 articles, is editor-in-chief of the international journal Addiction Biology, and coordinates national activities on electronic addiction medicine. 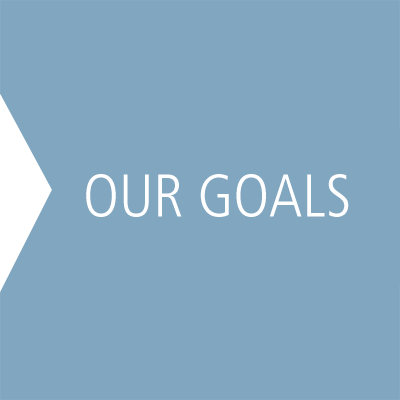 back
We use cookies on our website to give you the most relevant experience by remembering your preferences and repeat visits. By clicking “Accept All”, you consent to the use of ALL the cookies. However, you may visit "Cookie Settings" to provide a controlled consent.
Cookie SettingsAccept All
Manage consent

This website uses cookies to improve your experience while you navigate through the website. Out of these, the cookies that are categorized as necessary are stored on your browser as they are essential for the working of basic functionalities of the website. We also use third-party cookies that help us analyze and understand how you use this website. These cookies will be stored in your browser only with your consent. You also have the option to opt-out of these cookies. But opting out of some of these cookies may affect your browsing experience.
Necessary immer aktiv
Necessary cookies are absolutely essential for the website to function properly. These cookies ensure basic functionalities and security features of the website, anonymously.
Functional
Functional cookies help to perform certain functionalities like sharing the content of the website on social media platforms, collect feedbacks, and other third-party features.
Performance
Performance cookies are used to understand and analyze the key performance indexes of the website which helps in delivering a better user experience for the visitors.
Analytics
Analytical cookies are used to understand how visitors interact with the website. These cookies help provide information on metrics the number of visitors, bounce rate, traffic source, etc.
Advertisement
Advertisement cookies are used to provide visitors with relevant ads and marketing campaigns. These cookies track visitors across websites and collect information to provide customized ads.
Others
Other uncategorized cookies are those that are being analyzed and have not been classified into a category as yet.
SPEICHERN & AKZEPTIEREN
Unterstützt von